Do you want faster or better WiFi? 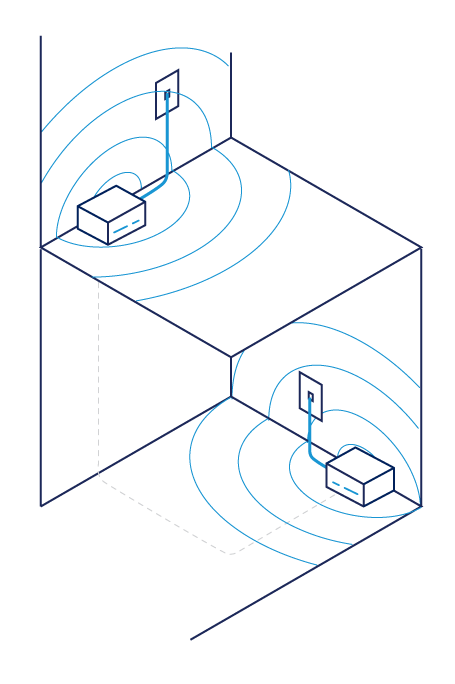 You’re not alone. In a recent survey, we found that approximately 50% of consumers want faster and more reliable WiFi. Maybe you want faster speeds overall, or maybe you’re looking to fix a dead spot in your wireless coverage where the signal barely reaches. Surfing slows down to a crawl, and forget about streaming a video or gaming.

If you want to improve your home’s wireless network, it might be time to try wires. But don’t worry, we’re not expecting you to plug your laptop into an Ethernet cable or undertake a costly rewiring project. Rather, the right solution might be a wired network extender. This offers the best of both worlds: the convenience of WiFi with the reliability and robustness of wires. Best of all, it’s affordable and can be installed in minutes.

Before we dive into the details of network extenders, let’s cover some basics about home WiFi. A router’s wireless signal travels a finite distance. This means that wireless devices farther away from the router will manage to get only 10-50 percent of the bandwidth compared with clients closer to the router. In addition, common architectural features of the home, like walls and floors, can impact the wireless signal and make it more difficult to reach certain areas of the home.

This might be why, your WiFi is so slow in the upstairs bedroom or family room. For example, let’s imagine the wireless router is at one end of the home, and when you try to watch an online video on your laptop at the other end of the house, you get stutters and long buffering pauses.

There are two different methods that can improve the wireless network performance at the far end of the house: WiFi repeaters (wireless only) and WiFi extenders (wired-wireless). 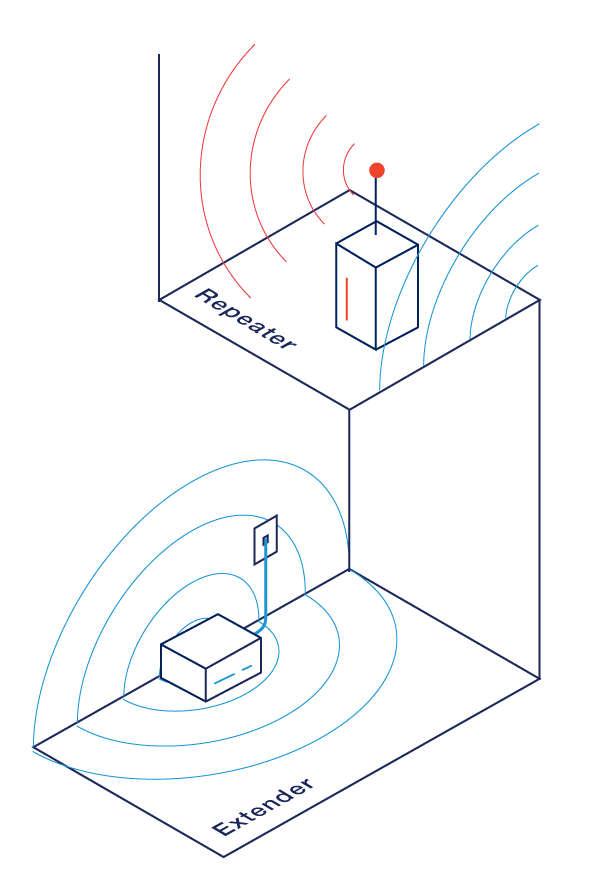 The first type of wireless repeater that emerged on the scene was a basic WiFi repeater. This wireless device is installed somewhere in between the wireless router and the area of the home that needs a signal boost. WiFi repeaters basically catch a wireless signal and then rebroadcast it, giving you a stronger signal at the far end.

However, there’s a big catch: using a wireless repeater cuts in half the potential speed of a device’s network connection. That’s because that one radio basically needs to flip-flop between transmitting and receiving the new signal.

The WiFi extender first uses a wired connection to travel throughout the home. That means you benefit from the reliability and high speed of cables, instead of relying solely on wireless signals. Don’t worry, you won’t have to add any more wires to your home; these WiFi extenders use your home’s existing wiring: MoCA-based solutions use your coax cabling and Powerline solutions use your electrical wiring.

You can add a WiFi extender near the area of your home that needs a wireless boost – you just need either a coax jack (MoCA) or power outlet (Powerline) nearby. The extender takes the wired network signal and converts it to a strong wireless signal in the new area. And, as an added bonus, a newer network extender can even give a major performance boost to your home network by adding the fast speeds of 802.11ac. Even if your wireless router doesn’t support 802.11ac, you can still add an 802.11ac network extender to your home and upgrade your home to the latest technology.

View all posts by Kiwee Broadband

ABOUT US
Every home is unique and needs best home networks. At Kiwee, we believe in MoCA equipment that is simple to install and provides maximum performance – no matter what kind of home we’re in.